Let me introduce you Volume 15 of Sysadmin Ninja's Github Digest! (as usual, in no particular order).
But why volume 15, if previous one was 13 and where's 11 and 14 then?
Well, because 11 and 14 are still in my drafts, and although I'm doubt that I'm publish them sometimes... well, let's be at least consistent - I'll try to continue digest publishing (will try to do it) on weekly basis.

1. KeyBox.
A web-based SSH console that executes commands on multiple shells. KeyBox allows you to manage keys, share terminal commands, and upload files to multiple systems simultaneously. http://sshkeybox.com
https://github.com/skavanagh/KeyBox
"A web-based ssh console to execute commands and manage multiple systems simultaneously. KeyBox allows you to share terminal commands and upload files to all your systems. Once the sessions have been opened you can select a single system or any combination to run your commands. Additional system administrators can be added and their terminal sessions and history can be audited. Also, KeyBox can manage and distribute public keys that have been setup and defined."
Can be useful for small distributed team of sysadmins across the globe.

2. FNordmetric
FnordMetric allows you collect and visualize timeseries data with SQL. http://fnordmetric.io
https://github.com/paulasmuth/fnordmetric
Hot stuff. Client-server application which "aims to be a StatsD+graphite competitor, it implements a wire compatible StatsD API". The main idea behind it that you write your query in SQL-like language, called "ChartSQL" and get your graph in SVG format. For it has quite big amount of graphing modes, but almost lacks of any functions for now. Written in C++, so, quite fast, but good luck with porting Graphite function library. Maybe it's a good idea to port Graphite as backend for it. Looks promising anyway.

4. pstop
pstop - a top-like program for MySQL
https://github.com/sjmudd/pstop
"pstop is a program which collects information from MySQL 5.6+'s performance_schema database and uses this information to display server load in real-time." For example, you can get IOPS for innodb file, or locks / operations / latencies per table. At least, you can start using performance schema in your MySQL 5.6 instance for something useful. Another useful P_S tool is "sys schema", you can read recent entry in Percona blog about it.

5. Consul-template
Generic template rendering and notifications with Consul
https://github.com/hashicorp/consul-template
Quite recent addition to service discovery tool Consul.io - now you can use it for any service which didn't understand service discovery through DNS - you can format config file templates for that service and reload it when Consul will see configuration change. Agian, blog post is better than 1000 words.

6. VCLfiddle
VclFiddle is hosted at http://www.vclfiddle.net/
https://github.com/vclfiddle/vclfiddle
"VclFiddle is an online tool for experimenting with the Varnish Cache HTTP reverse-proxy in a sandboxed environment. The name comes from a combination of the Varnish Configuration Language (VCL) and another tool that inspired this project, JSFiddle."
I.e. you can edit your VCL config on-line, using web editor, and check how it caches your website.

8. Atlas
A high-performance and stable proxy for MySQL
https://github.com/Qihoo360/Atlas
Another MySQL proxy. Well... Personally I never saw any production running on some MySQL-proxy solution (even on MySQL Fabric), but some China company named Qihoo360 developed this solution and insists that it's running on their production infrastructure. 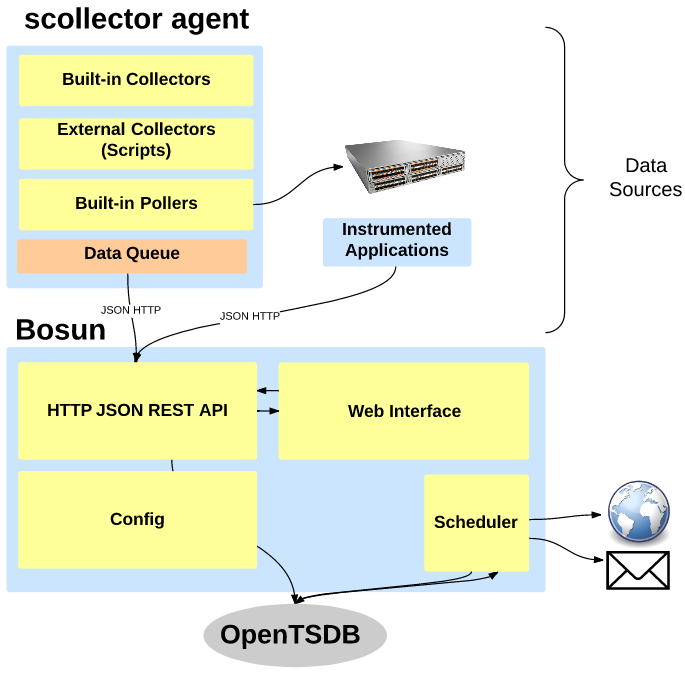 16. Gravity
An orbital simulation game written in Elm
https://github.com/stephenbalaban/Gravity
You can play it here.

17. Convergence
Python/OpenCl Cellular Automata design & manipulation tool
https://github.com/InfiniteSearchSpace/PyCl-Convergence
Looks like fun, but can't run that on my Mac for some reason, so, no screenshots.